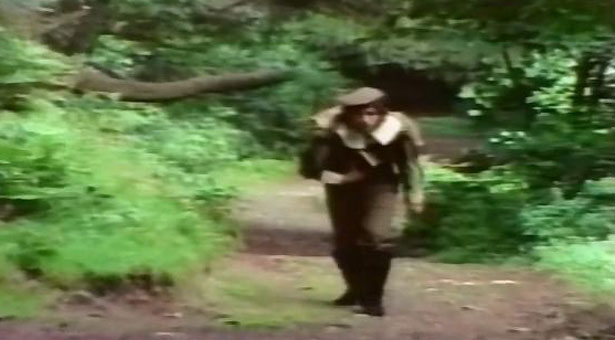 A Strange thing in your Fiery Test!

“Rejoice to the extent that you partake of Christ’s sufferings” 1 Peter 4:13

When something happens contrary to our expectations, we cry out: “hey, this is strange!” The saint perishes and the wicked flourish… We say it is strange! Peter says, do not consider it strange if something unusual happens in your fiery trial which is to try you (1Peter 4:12 NKJV). What is the “unusual” thing here? A few months back we were praying for a sister of one of our missionaries, who was afflicted with cancer. Everyone was in tears! Someone even saw a “vision” that the sister was healed. Nevertheless, she died few days later! It was “strange,” but it was the truth! This epistle is for the church undergoing persecution under the Roman rule. Persecution was not an “alien” to Peter.  Acts 12 describes Peter’s own imprisonment. Apostle James was killed by Herod the Monarch and Peter was kept in prison for the next day! However, intense, steady and ardent prayer was made without ceasing by the church unto God for him (Acts. 12:5). We see an instant answer coming from heaven. God sent his angel to the dungeon. Even though Peter was bound by two chains and guarded by two soldiers in a cell surrounded by three gates; the chains were broken, the guards froze and the gates opened up without human help (Acts 12: 7-10)! It was heaven’s wonder!! As a senior Apostle, Peter had been travelling all over Asia Minor, the Near East and even Europe to visit the churches… O’ how many times he has described the miracle of his angelic redemption from the prison of King Herod! I am sure, his final exhortation must have been like this: “Children, pray… Your earnest prayer has the power to send angels to prison… God cannot deny your prayers!” However, the days of persecution became severe… Hundreds and thousands of Christians were put in prison under the Roman rule. News spread that many of them were thrown before hungry lions and were eaten up by the beasts. True, the church was praying earnestly, but no angels came down to shut the mouth of the lions! Many Christians were forced to fight with the beasts in the Roman coliseum and many were burnt alive… What happened to prayers? Why did God not send angels? Why do “unusual” things happen? Why are saints not redeemed miraculously? Why is God acting as if He were deaf? It is a difficult situation. When prayer is unanswered, we are confused. A few years back, religious fanatics unleashed atrocities against Christians in the province of Orissa in India. They killed two hundred Christian workers very cruelly.  Christian houses were burnt down and all their possessions looted. However, our church (Jesus Mission) was spared. We boastfully declared that it was because the mission leader in that region was a man of prayer. We exhorted people, saying that if you pray, no fanatic can touch you! For almost a month, the church was safe, but the fanatics did not spare it. At an unexpected hour, they came armed and destroyed the children’s home and burnt the church down. Houses of believers were looted and twenty houses were burnt down! We could not believe it… Hey, what happened to our prayers and tears? Why, we fasted and God did not look at it? Yea, this is a strange thing! That’s where Peter says: Sometimes we need to expect the unexpected! It is possible that the Roman lion would eat up a Saint and fire might burn a Faithful. Why does He allow faithful saints to suffer and even be killed by fanatics? Peter says, “a strange thing!” He says, God is giving you a glorious chance to become a partaker of the sufferings of Jesus! (v.13) We always speak about the “gifts” we receive from Jesus… I cannot give a gift back to God as nothing originates from me. What can I do from my side? Nothing! However, when I suffer, even though I am not giving anything to God, I am losing something for His sake, and that gives me joy! “So rejoice to the extent that you partake of Christ’s sufferings, that when His glory is revealed, you may also be glad with exceeding joy” (v.13). Peter says, if you are reproached for the name of Christ, you are blessed (v.14). If reproach is a blessed stage (cf. Matt. 5:12), how much more is “undergoing fiery trials!” “The Spirit of glory (some ancient manuscripts add power) and of God rests upon you.” What a glorious stage! When you are reproached, persecuted, you are not abandoned! (Many feared that they were forsaken by God when God did not redeem them from fire…) Peter says, when you endure suffering, it is proof that the Spirit of glory “rests” upon you! The Spirit looks at a person who endures and says: “finally I have found a person I can rely on. He is not pendulous! I can trust him… He will give me rest! Peter starts with “reproach” in v.14; goes on to “suffering” in v.17 and reaches martyrdom in v.19. “Therefore let those who suffer according to the will of God ‘commit their souls’ to Him!” Remember the death of Jesus: “Then Jesus, crying with a loud voice, said, “Father, into thy hands I commit my spirit!” And having said this he breathed his last.” Luke 23:46 RSV O’ martyrdom is a wonderful way to become a partaker of Jesus’ sufferings by ‘committing our souls’ to our LORD! Even Stephen, the first martyr of the church did the same by praying the same prayer of our master Jesus, when he was stoned to death by Jewish fanatics (Acts 7:59). Prayer: Lord, we understand, we become partakers in your reproach, suffering and martyrdom. By enduring these, we want to give your Spirit a “resting place” in us. We know all these sufferings will turn to be our future glory! Lord, help us to welcome the “strange” things in our fiery tests! Amen! Further Reading: Hebrews 11:33-40; 1 Thessalonians 1:4-8