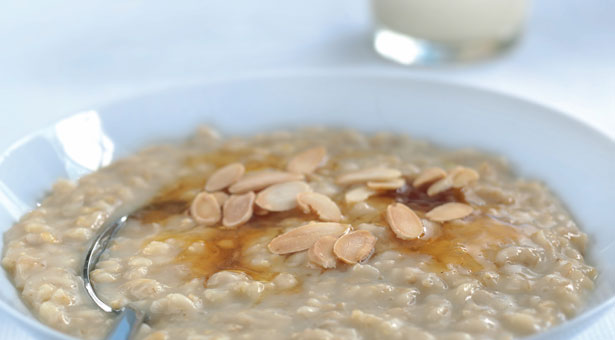 My servant Job will pray for you, and I will accept his prayer and not deal with you according to your folly. Job 42:8 NIV

A sweet porridge was once prepared in hell. When it was time to serve, angels came and tied very long spoons on both hands of each person at the table.

The porridge was sweet, but hot. Unable to fold hands, none could drink it easily. When they tried, the hot porridge spilled onto their arms and faces; and as they shook their hands, it burnt others. In pain, they retaliated and started hitting each other. In a few minutes, everything was a mess! (Imagine how hell would be if it becomes more messy!)

In heaven also, a sweet porridge was prepared. Angels came there too and bound very long spoons to their hands. However, there was no confusion in heaven. Each one served the other with the long spoon and everybody was satisfied! Heaven is always heaven, right?

God’s law for prayer is also the same… God wants me to pray for others! I understand my brother and his needs and earnestly pray for him. When I am in need, my brethren understand and pray for me! What a lovely system!

When others pray for me, God hears! God exhorted Abimelech to ask Abraham to pray for him… “and he will pray for you and you will live” Gen 20:6-7.

In today’s reading, we see God speak angrily to Job’s friends (v.2). It is because they failed to speak the ‘right things’ (may be because they did not have a clear revelation) about God. God asked them to plead with Job so that he may pray for them! Job prayed for his friends and God answered his prayers!

Imagine Job (who was much afflicted than his friends) praying for his friends. They were healthy, wealthy and decorous, while Job now was desperately afflicted; a flat broke who lost his wealth, health, children and even the moral encouragement of his own wife! He had painful sores from the soles of his feet to the top of his head. Still, sitting in ashes and scraping himself with a broken pottery (Job. 2:7, 8), Job prayed for them! It is like someone with chronic sarcoma praying for one who has a “running nose!” Yes, even when we struggle with unfathomable afflictions, we need to practise praying for the less afflicted… That is heavenly character! Smith Wigglesworth was a man greatly afflicted by many chronic diseases, but God healed all who came to him for prayer! Even the Messiah was a man of sorrows, despised, rejected and familiar with sickness (Isaiah. 53:3, 4); yet He was the one who carried our grief (sickness) and our sorrows (pain)!

Something remarkable happened when Job prayed for his friends! “And the LORD restored the fortunes of Job” (Job 42:10). God healed not only Job’s friends but also Job himself (even though he was not praying for himself)! Above all, God gave Job, twice as much he had before! God was not only healing him, but also rewarding him! Look at the amazing ways God deals with His people!

However, many of us consider this (praying for others) as a shortcut to fulfil our own wild desires. Even preachers urge us to pray for others with this selfish motive! What a pity that you think you can manipulate God with your corrupt mind! Remember, Job was never promised of his restoration when he prayed for his friends! He never thought he would be healed if he prayed for others…

Friends of Job (though they had come to console him) were not soft towards Job, rather they embarrassed him by blaming him for iniquity as they thought suffering would always be an outcome of sin (Job. 4 :6-9). True, they were wrong in their conclusion. Even God says that they were foolish in their assumption (Job. 42:8). God is a sovereign God and has all the right to do anything with his Faithful! Look at what Job did to his rude friends who added sorrow to his pain! At a critical juncture when his friends were about to be the victims of God’s wrath, Job did not try to “rectify” their folly, or “cast out” their ‘taunting spirit!’ He just prayed for them… from his heart! Can we pray for those who always accuse us of iniquity? Can we pray for someone who “utters all kinds of evil upon us falsely?”(Matthew.5:11). Job could pray for his friends because he loved them even when they were adding sorrow to him! That is a Godly character!

Job prayed for his brethren, without any promise of his own deliverance. His prayer was genuine and unselfish! He prayed for them in compassion and mercy. Only one thing was in his mind when he prayed: His friends should not be affected by the wrath of God! Yes, we can pray for others, only when we love them, care for them and are keen for their welfare. Prayer is not a lip service; it is your heart cry!