Recent Posts
Home Blog The freedom offered by a prisoner 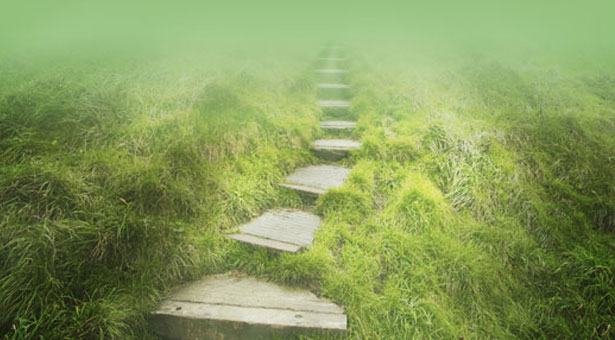 The freedom offered by a prisoner

And Paul said, “Whether short or long, I would to God that not only you but also all who hear me this day might become such as I am – except for these chains.” Acts 26:29

It is when we see somebody poorer, weaker and pitiful than ourselves, that we say, “O!  How I wish you might become like me!” Here, Paul is a prisoner and Agrippa is a king. King Agrippa has money, power, influence, worldly honor… et al! Paul had chains, pains, afflictions, poverty, toil, sleeplessness, hunger, thirst… all kinds of misfortunes and dangers! (2 Cor. 11: 23 -29) However, Paul says he would like to see the king become like him. “King Agrippa, I pity you, since although I am the one in chains, you and all who hear me are the prisoners.” must be the message Paul was communicating to the king!

Paul knew the good and bad of both affluence and afflictions. He was born in an Aristocratic family, and was a Roman citizen (coveted by most rich people in those days), by inheritance (Acts. 22:23-29)! He was a scholar, who studied Theology and Philosophy in the school of Gamaliel, a coveted Hebrew University of those days. Even Festus, the procurator of Judea, witnessed that Paul was a highly learned person (v.24). He was a strict Pharisee, giving complete devotion to Jewish religion (v.5). He “tasted” the power of authority as a member of the supreme council of Jews (Acts. 8:1; 22:20). He was so zealous that he obtained   authority from the chief priests and put many of God’s people in prison (vv 10, 11). True, he knew what it meant to be an enemy of the Gospel.

Now Paul explains how he was transformed and became a proclaimer of the Gospel. “I had a heavenly vision of the risen Jesus, king Agrippa, who I thought was a hoax. It was on the road to Damascus. He commissioned me to go to the Israelites and the gentiles, ‘to open their eyes and turn them from darkness to light…” Paul continued: “I was not disobedient to the heavenly vision, King Agrippa. I am here to proclaim freedom in Jesus!” (Acts 26:12-20)

“Why are you converting people to your faith?”  Usually I face this question when I share the gospel in India. I say, it is because I have convictions…

If you do not have any conviction, you would never try to convert people! An agnostic would never fight for his faith… Many people, including a majority of the followers of the Christian religion, are not convinced of their faith… They are only confused.  Therefore, they never ask others to consider the “faith” they follow.

What made Paul confident about himself? It was neither his Jewish heritage and his religious zeal, nor his worldly wisdom. It was the heavenly vision that transformed his life. He was not “converted,” he was transformed!

Once, while I was preaching in Madhya Pradesh, the Local Investigation Bureau police took me to question me on my religious activities.

“Do you convert people?” the Inspector asked me.

“I do not know what term you use for my work, sir,” I said! “I share my faith with others; I tell others that Jesus is the one you can depend upon for the forgiveness of sin and the only one who can save you from your sinful life and the only one who can take you to heaven. I appreciate if they accept this truth, because I am assured that this is the only truth. If you call it conversion, Yes I do that, sir!”

“But you cannot force somebody… that is against the law… You know that” the Inspector looked sharply at my face.

“But, how can I force somebody, sir?” I asked “It is a matter of faith, something happens inside… I tell you the truth; I wish you also embraced my faith, because I am convinced of my faith. I know this is the only truth… but how can I force you?”

This time the Inspector was confused…

On the road to Damascus, God closed Paul’s eyes to worldly wisdom and opened his eyes towards a heavenly wisdom. He realized material gain was vanity and eternal things were real. It is his heavenly vision that helped him to pity kings and princes for he knew the reality… they are destined to doom. “And so, King Agrippa, I did not disobey the vision I had from heaven. First in Damascus and in Jerusalem and then in all Judea and among the Gentiles, I preached” (vv 19, 20) I am transformed because of that heavenly vision… you also should have the same vision. You need to repent and be transformed, understanding the heavenly realities!

Prayer: Lord, let me never be disobedient to the heavenly call. Let me have the moral courage to ask people, both heathens and saints to imitate me as I imitate you.