Recent Posts
Home Blog One who stands in the Divine Council! 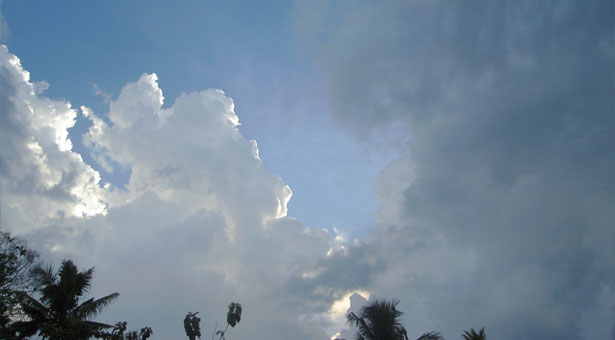 One who stands in the Divine Council!

“But which of them has stood in the council of the LORD to see or to hear his word?” Jeremiah 23:18

After rebuking the wicked kings, (VV 1-8) Jeremiah turns against false prophets. God says; “In the prophets of Jerusalem also I have seen a horrible thing: they commit adultery, and walk in lies; and they strengthen the hands of evil-doers, so that none doth return from his wickedness” (v.14 ASV).

The anointed prophets, counted on to rebuke adulterers and liars, commit the very same sins without fear or compunction.  What’s more, they even strengthen the wicked by approving their evil deeds.  Obviously, when people see a prophet indulging in the very same sins and sinful ways they are in, their hearts are toughened and reinforced to continue in their sins. (The wicked probably have more fear in their heart to do evil, than these prophets… That must be one of the reasons they need ‘strengthening…’)

When the wicked are not rebuked appropriately, sin is trivialised. God laments: “It is from the prophets of Jerusalem Profaneness has gone out into all the land.” (v.15 NKJV) If the prophet is holy, holiness will flow from him to the land. Oh, if he is wicked, wickedness flows… Prophet, you are a channel. How vigilant and cautious you need to be, when you are in the limelight!

Just as contemporary Governments have spokespersons to proclaim their decisions, The kings of then too had spokespersons.  While proclaiming royal declarations to the common public, they would begin with the phrase, “Thus says the king…”

Should someone ask how he knows it, he would respond… “Because when the king proclaimed this, I was present at the ‘Royal Council.’ ” When the prophet starts his oracle with “Thus says the LORD,” he is claiming to have been in the “Divine Council” (like the royal spokesperson in the Royal Council), and that he has heard the voice of God. It is this confidence of his having been in the Divine Council, that gives the prophet the authority to “speak on behalf” of God!  Prophets are not just “foretellers,” they are “forth tellers,” speaking on behalf of God! It is sad to see, these days, that foretellers are appraised as prophets; and genuine prophets who speak what they heard directly from God are considered just “preachers!”

God said, Aaron would be the “prophet” of Moses (Exodus 7: 1), meaning, he shall speak the words of Moses (not his own) to Pharaoh. Prophets are but just a “voice” of the Lord. Nevertheless, if a prophet turns out to be bogus, he has the potential to deceive people by pretending to have come straight from the divine council, while prophesying “visualizations of his own mind” (v.16). “I have not sent these prophets, yet they ran. I have not spoken to them, yet they prophesied,” says the LORD (v.21)

What is the technique to discern a prophet? How can we know that he is an authentic ambassador of God and, is coming from the divine council?

The first proof is the life of the prophet. If he leads an unholy life, leave him. Those who stand in the Divine Council of a Holy God cannot live in sin. In addition, a real prophet will rebuke wickedness.  A false prophet, however, will console and assure you of peace even when you walk in wickedness (v.17).

The prophet who has found the time to stand in the Divine Council of the Lord would turn God’s people from their evil ways and deeds (v. 22). He is a man on behalf of God. He would do what God would do to the people of God. His concern is God’s concern. His mind is God’s mind. His heart is God’s heart… He stands, speaks and lives for God! He is building God’s kingdom…not his own. Those who have been in the divine council can think nothing other than God and His kingdom!

God says He is furious towards those prophets who proclaim `I had a dream! I had a dream’ and prophesy lies in His name (v.25). When they describe their dreams to the people (as if they received it from the divine council), gullible and unsuspecting people look to them with awe and forget the ‘name’ of the Lord! (v.27) ‘Name’ here means the character-the holiness- of God!

“Let the prophet who has a dream tell his dream, but let the one who has my Word speak it faithfully. For what has straw to do with grain?” (Jer 23:28)

One can talk of a dream from his own mind, but to tell the “Word” he needs to stand in the divine council. Dream is like straw, big to see. Word is like grain, small to see. However, dig deep and sow the seed…It will grow and eventually bear fruit!

God’s wrath is on the prophets who fail to bring the holiness of God upon the people! Word is like fire (Jer 23.29) that burns the straw, and it is the hammer that breaks all hard evil rocks into pieces!

Prayer: Lord, help me stand in your divine council to perceive Thy word, so that I can be a true messenger of Thy character in this crooked generation- Amen!