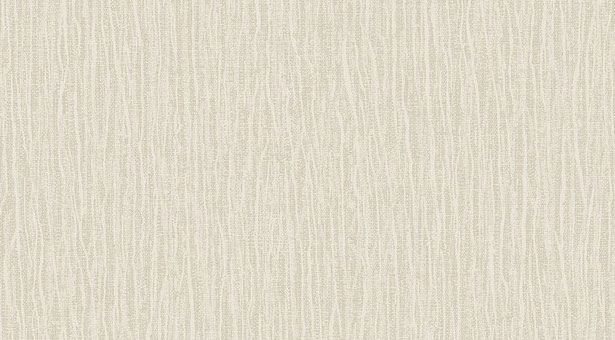 The stone of heavenly origin

“And in the days of those kings the God of heaven will set up a kingdom which shall never be destroyed, nor shall its sovereignty be left to another people.” Dan. 2: 44

Daniel interpreted the dream God gave King Nebuchadnezzar. The golden head of the image is Babylon, silver breast and arms show Medes and Persians, the brass belly and thighs denote Alexander’s Greece and the iron legs, Rome. After Rome, the divided kingdoms of Europe – the feet with half clay and half iron – come in to the scene! Then, comes a stone cut out by no human hands… That is the kingdom of God.

The ‘golden kingdom’ in Nebuchadnezzar’s vision – his own dynasty- is replaced by Medo-Persian ‘silver regime’ and silver by bronze… No kingdom in human history can claim pure divine origin. Each kingdom emerges as a continuance of the previous one. However, when it comes to the Kingdom of Christ, it is not a part of any visual image that is a symbol of worldly kingdoms of the seen and known history. It is as a stone from an unseen origin, cut out “by no human hands.” It is of divine origin. It takes nothing from the existing.

Kingdom of God is not a reformed state of the old… It is all new! It has nothing to do with the existing or past kingdoms of the world.  Sometimes we ask; “Why should we deny the world as a whole? The world also has some goodness, right?” They ask the question because they have not seen the kingdom of God. Even the best of this world is worthless in the kingdom of Jesus.

When you become a Christian, you are not entering into a better version of this present world, but entirely crossing over the border of this worldly system. The kingdom of God has nothing of this world. You cannot enter into God’s kingdom by shaping or even improving upon the old. You need to be “born again” (John 3. 3). “Therefore, if anyone is in Christ, he is a new creation; the old has gone, the new has come!” (2. Cor. 5:17)

The kingdom of God not only denies any kind of partnership with the worldly rule and state of affairs, but also destroys the worldly system. The divine stone is not ‘soft’ towards the image of the worldly dynasties. The mighty stone smote the huge image and smashed the pride of all human regimes.  Above all, The divine stone crushed not just the feet of iron and clay, but everything – the bronze belly, the silver arms and the golden head… all together they were broken in pieces, and became like the chaff of the summer threshing floors (v. 35).. When the kingdom of God enters into you, it takes away everything worldly in you. Not just your present state but everything you had and you were is overthrown. Even our history is washed away! Our old sins, sinful nature, our inclination towards the desires of the flesh… everything vanishes!

“And the wind carried them away, so that not a trace of them could be found” (v.35). The ‘now’ and the ‘then’ of history and its glory becomes just smoke and fumes. The wind represents the Holy Spirit. John the Baptist introduces Jesus as one who is coming with a winnowing fork to clear the threshing floor to gather His wheat. “And the chaff he will burn with unquenchable fire” (Matt 3:12).

The wind of the Holy Spirit will carries away all the Babylonian chaff in me. Even the memory – the ‘trace’- of worldliness is alien to me. However, when the winnowing fork of the Holy Spirit carries away the dust of worldliness in me, I should not open my mouth, eyes or ears towards it so nothing of it can stick to my organs. If any ‘trace’ of it is found in me, in my home, in my church…, it is “Babylonian!”  What a pity when we, the born again, are stained with the dust of the worldly system! When my home is hooked to worldly vanities, it is a Babylonian home. The church that values the worldly system of administration and the earthly pattern of operation is a Babylonian church!

The divine stone that smote the image of the world dynasties became a great mountain and filled the whole earth (v.35). In addition, once the kingdom of God is established, it stands forever. It is “a kingdom which shall never be destroyed, nor shall its sovereignty be left to another people.” Dan. 2: 44

The growth of the Kingdom of God is swift and steady. However, before it grows in the world, it should grow in me, in my home and in my church. How does it grow? It grows by filling. It is filled and it is ‘full’. Full means it encompasses the entirety so that nothing else can exist in its habitation. That is the particularity of the kingdom of God… It cannot coexist with anything.

If Christ should fill me, I should not keep anything else in me. If you put stones in a tumbler and try filling it with water, you fail as the occupancy of the stones is an impediment to the infilling. So, let us empty ourselves so that the kingdom may grow and fill in us.

“Touch my hands, my mouth and my soul,

Fill my life Lord in every part,

Let the power of the Holy Ghost; let it fall on me,

Anointing fall on me….” Ron Kenoly

Prayer: Lord, I understand that Christian living needs a divine origin. Yes Lord, I thank you for the New Birth you have given. Help me perceive you as my only source. Cleanse my mouth, eyes, ears and all the members of my body with the wind of your Holy Spirit!  Let me be filled by you, and with you. Amen!